Broken parts of Mercury may be hiding on Earth


When Europe’s Solar Orbiter conducted its closest flyby to the Sun, the probe was in the orbit of the innermost planet of our solar system — Mercury. The planet’s just a little larger than our Moon, and should not exist this close to the Sun, but Mercury, defying all odds, looms large, casting its shadow on the star.

New research suggests this planet was much bigger and its fate was doomed by a collision that sent pieces of it flying across. Some of it landed on Earth.

The planet that we see today is a remnant of a super-Mercury that existed billions of years ago. The latest theory has been proposed at the Lunar and Planetary Science Conference in Houston, in which scientists have focussed on a small fraction of meteorites found in the village of Aubres in France that could match the scientific models of conditions on Mercury.

Known as aubrites, they are pale in color and contain small amounts of metal. These form a small fraction of nearly 70,000 meteorites that have been gathered from across the world. While most of these meteorites are from the asteroid belt between Mars and Jupiter, a significant amount of these space rocks is from Mars and the Moon. 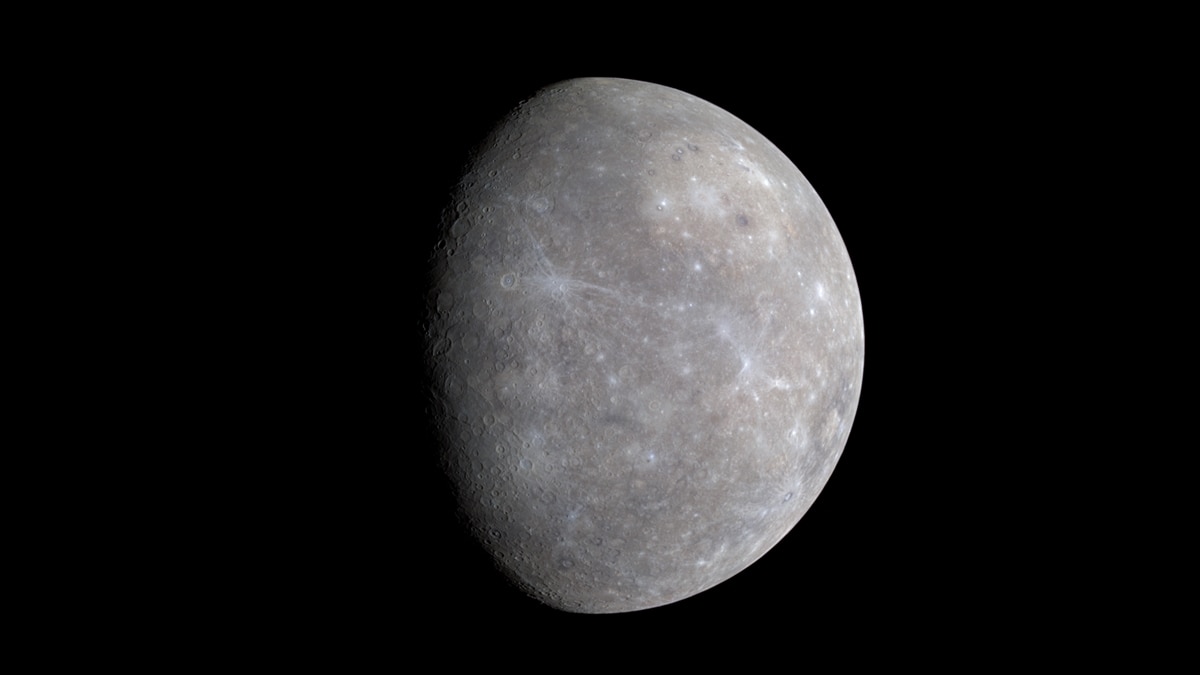 So far, 80 aubrite meteorites have been found on Earth. “Aubrites share similar exotic mineralogies with Mercury’s lavas and are therefore regarded as potential analogues to Mercury’s crust. It has however been assumed that they are not Mercurian meteorites, mostly based on chemical and physical arguments of asteroidal origin,” Dr. Camille Cartier, a planetary scientist at the University of Lorraine in France said in the paper.

Monkeypox is not a global health emergency for now, WHO says

While Mercury today does not have a mantle unlike Earth, a long-standing idea holds that proto-Mercury or super-Mercury once possessed a larger silicate mantle that was removed by an early giant impact.

While the team does not have a specimen of Mercury yet, they say that it is likely that large amounts of ejected debris from the collision are gravitationally captured by the inner planets during their outward course. They calculated that up to 20 per cent of escaped particles could collide with Venus and about 5 per cent with Earth.

“If proto-Mercury was 0.3 to 0.8 Earth masses and lost most of its mantle, that would potentially represent 1 per cent to 2.5 per cent Earth-mass of aubritic material accreting to the Earth,” the paper said. Mercury captured by the BepiColombo spacecraft in October. (Photo: ESA)

Scientists have, however, not yet announced these strange materials to be part of Mercury, as another group has speculated, that they have originated from E-type asteroids.

However, if it is proven that these space rocks are indeed shards from planet Mercury, it will mean that an ancient planet was hiding on Earth eons before humans set foot.

Scientists will get a good view of the planet and its mysterious origin when the BepiColombo, a mission jointly developed by Europe and Japan begins orbiting to the innermost planet in 2025.

Shilpa Shetty gets trolled for her outfit at the event; netizens say, ‘Outfit Inspired from Urfi Javed’ [View Pics]

Shilpa Shetty gets trolled for her outfit at the event; netizens say, 'Outfit Inspired from Urfi Javed' [View Pics]