A fire in Kansasville at Fonk’s Mobile Home Center impacted three units Saturday. One person was injured and one pet died.

KANSASVILLE, Wis. – Several people are without their homes after a Kansasville fire Saturday, July 2.

Fire officials in Racine County said they were called to Fonk’s Mobile Home Center around 6:30 p.m. for a garage fire.

Upon arrival, the flames had already spread to three mobile home units, two of which sustained extensive damage

“That building has extensive damage. We will not allow any firefighters to go in there,” said Kansasville Fire Chief Ronald Molnar. “The ceiling is ready to cave into that building, so we’re not going to endanger anybody for that right now.”

Due to the heat and short staffing for the holiday weekend, officials said, crews from 14 fire departments were called in to assist. 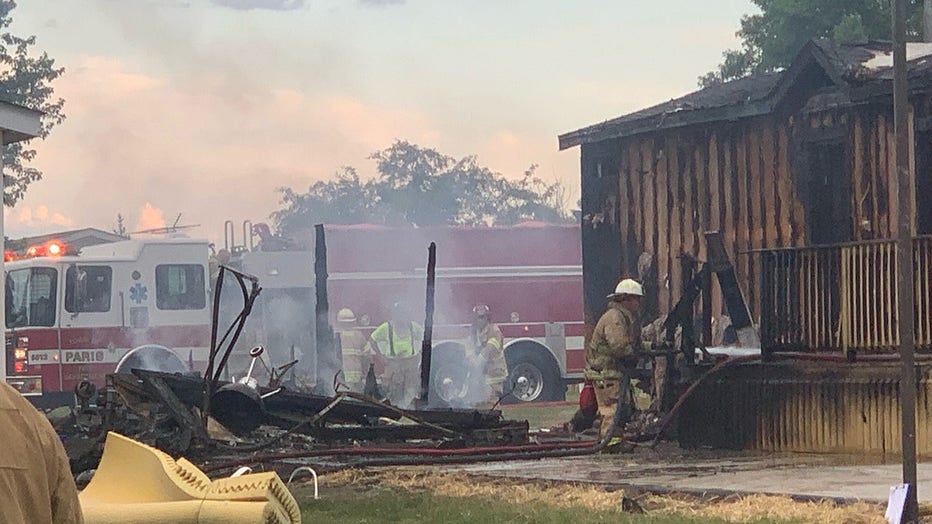 Officials said one pet died, and one person was treated for minor injuries at the scene.

Investigators are looking into what caused the fire.