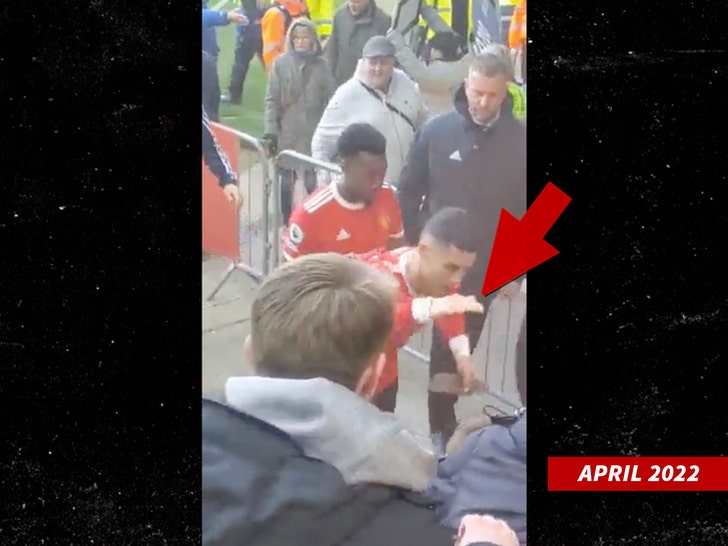 Cristiano Ronaldo‘s debut with his next team will be pushed back a bit — the soccer superstar was just hit with a two-game suspension for smashing a fan’s phone after a game in April.

The Football Association announced the news on Wednesday … saying the org. did a thorough investigation into the incident prior to finalizing the punishment.

As we previously reported, the altercation went down after Manchester United lost to Everton 1-0 at Goodison Park on April 9 … when Ronaldo was caught on video smacking a phone out of a teenage fan’s hand.

CR7 — who was injured toward the end of the game — alleged the kid was recording video of his bloody leg as he left the pitch … and claimed he only acted out of concern for his safety.

But the FA didn’t buy his excuse … resulting in the suspension and fine. He was also under police investigation, but was cleared after paying £200 in compensation.

Ronaldo apologized after the incident … and invited the fan to a future Man U game.

Ronaldo is currently without a club team after Man U announced his departure on Tuesday … but it’s only a matter of time before he finds a new home.

USA NEWS/FORCE PRESIDENT TRUMP OUT OF THE OFFICE