George Russell outscored Lewis Hamilton in his first season at Mercedes; Russell promises “really strong winter” as he bids to fight for Formula 1 world championship, with team hoping to improve their car for 2023 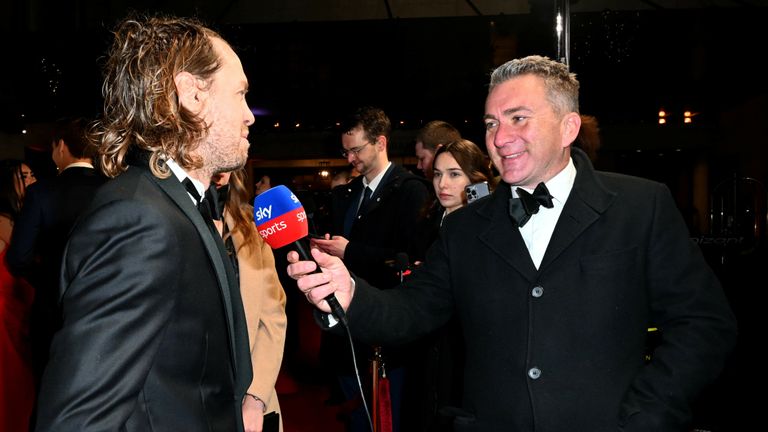 George Russell insists he is “ready to win a world championship” after impressing in his first year against Lewis Hamilton at Mercedes, with Sebastian Vettel agreeing that the young British driver has the “talent”.

After three seasons showing promise and potential at Williams, Russell delivered on that, and then some, in his rookie Mercedes campaign in 2022, claiming the team’s only race victory of the campaign and outscoring Hamilton, becoming the first team-mate to do so in six years.

The only negative on his campaign was that Mercedes’ car was not competitive, but with the sport’s former world champions expected to recover next season, Russell believes he is ready to capitalise.

“I feel absolutely ready to win a world championship,” he told Sky Sports F1 at the Abu Dhabi GP. “I’ve felt ready for a couple of years now.

“I think having this season next to Lewis has been huge for me personally to learn some of the little details, how to get more out of my car, more out of my team, and extracting everything out of the package when it truly matters.

“And I’m definitely going to have a really strong winter. I’m going to work really hard with my team. Every single person at Mercedes’ factory is going to be pushing like hell to deliver a car, to give us a chance to go fight next season.”

Mercedes are set to change the “DNA” of their car this year, with their innovative concept for 2022’s major rule changes having seen them drop from F1’s dominant force, to the third fastest team.

Questioned by Sky Sports F1’s Martin Brundle on beating Hamilton in 2022, Russell admitted: “I guess if you told me that at the start of the year, I would have been extraordinarily happy because if you beat Lewis Hamilton in a Mercedes, most of the time that means you be a world champion.” 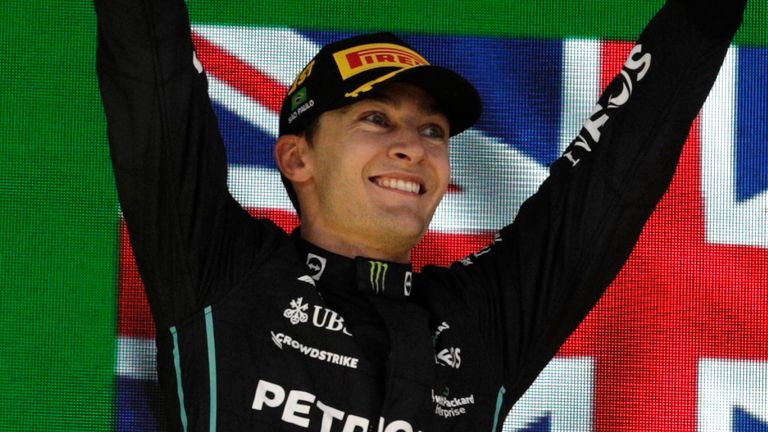 But he added: “Obviously, I would take the positives away from the season, but I’m not going to celebrate finishing P4 in the championship.

“I’m going to celebrate winning the race in Brazil because that was a huge achievement for myself and the whole team. But the fact is, we’re all here to win and we’re here to win world championships. So we’ve not done a perfect job this season. We’ve had a relatively clean and smooth season with the car and package we’ve had.

“But to the standards this team set, some standards I set myself… it’s not good enough and we need to go on next year and give it more.”

Sebastian Vettel celebrated the end of his Formula 1 career with some post-race donuts in Abu Dhabi, while the top three in the championship also joined in with the fun!

Sebastian Vettel celebrated the end of his Formula 1 career with some post-race donuts in Abu Dhabi, while the top three in the championship also joined in with the fun!

Were Russell to clinch the title next year, he would be Britain’s 11th world champion and second youngest, after Hamilton.

Four-time title winner Sebastian Vettel believes he has the “talent and skill” to become a champion.

“It’s so difficult to say,” Vettel told Sky Sports News. “But if he gets the right car, the right equipment, the right team – and I think he’s in a good place – then yeah I think he’s got the talent and skill.

“There’s more than talent and skill needed but he seems to be hard-working, so yeah he’s got a good chance.”

Narcissism linked to aggression in review of 437 studies